Compliance doesn’t have to come with a weight penalty. In fact, the Defy Advanced SL is the lightest road endurance frame that Giant has ever produced (890 grams, size medium with integrated seatpost). With superior engineering and the world’s most advanced composite manufacturing capabilities, Giant has created an endurance road bike with a superior ride quality that doesn’t compromise weight by using mechanical pivots or rubber inserts.

While seemingly objective, frameset weight can actually be a highly subjective variable—it all depends on what is considered a frameset. Giant defines a frameset as follows:

The framesets are assembled and weighed on a standardized scale at Giant’s TC (Techno Center) headquarters in Taiwan.

Thanks to its OverDrive 2 tapered steerer tube system and massive MegaDrive downtube, Defy Advanced SL achieves best-in-class frame and pedaling stiffness. The result is sharp handling and a confident ride quality so you’re always in control, even on rough roads and long days in the saddle

To establish the stiffness value of each frameset, we measure two different variables: frame stiffness and pedaling stiffness. Here is a closer look at the two stiffness variables:

Most prominently felt under hard cornering and out-of-the-saddle sprint efforts, frame stiffness is determined by the amount that the entire frame, as a complete unit, flexes under torsional load. More frame stiffness is better. It allows the rider to carve turns and sprint with more precision, stability and control.

To determine frame stiffness, a lateral stiffness test is used to determine how the entire frame deflects under heavy side-to-side cornering or sprinting. Here is how the test is performed:

A key characteristic of a successful endurance road bike is the ability to absorb vibrations and impacts from rough road conditions. Compliance is the quantity of vibration that a frameset is able to “soak up.” When riders speak of a particular bike being more compliant than another, they are really referring to its ability to absorb vibrations delivered from the road to their hands and backside. A more compliant frameset results in a smoother ride quality and less fatigue on long rides.

Every tube shape, junction and composite layup technique in the frame is strategically engineered to optimize overall compliance. Thin seatstays with a flattened tube profile produce a precise amount of flex under vertical loads. A lower seattube/seatstay junction further boosts compliance, and the shallow angle of the seatstays produces a leaf-spring effect to smooth out rough roads. Up front, compliance is achieved with a slimmed down and slightly curved fork leg design. The result is a balanced ride quality and tuned compliance throughout the entire frameset. 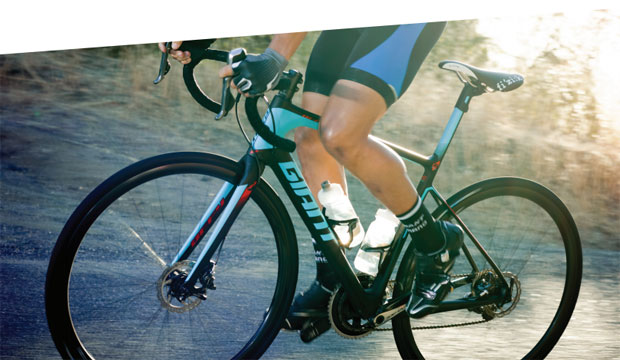 In order to effectively measure the front and rear compliance attributes of each frameset, Giant utilized two, third-party tests, both certified by the International Organization for Standardization (ISO), that measure the health effects of prolonged exposure to vibration on the human body. Each test was developed for a specific source of vibration transmission through the body—one through the hands, the other through the backside—resulting in a highly accurate measurement of a frameset’s compliance.

The front and rear numbers were averaged together to provide an overall compliance figure for each frameset. Here is how the test was conducted: 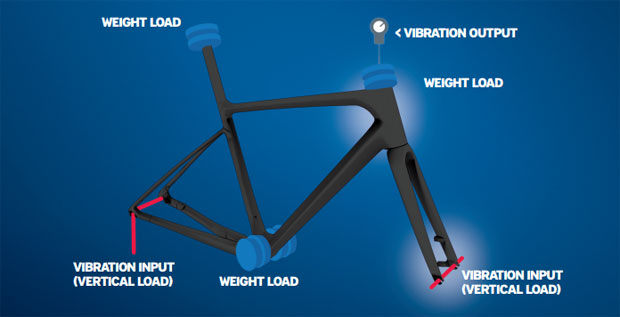 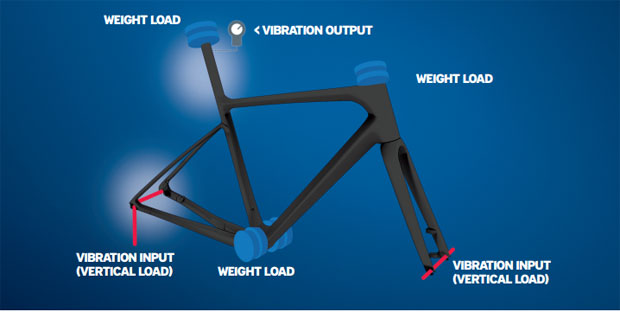 Engineering and world-leading composite manufacturing capabilities give the Defy Advanced SL more effective compliance and a superior ride quality. Mechanical pivots, rubber inserts and other gimmicks aren’t required. Forgoing any extraneous elements allows Giant engineers to deliver on the essential performance factors—control, lighter weight, stiffness and compliance. Why settle for one or two of these factors when you can have all four?

The 2015 Defy Advanced SL proves significantly lighter than all of its key competitors (besting second place by 229.5 grams).

The 2015 Defy Advanced SL proves to be the overall stiffest - and consequently most efficient - bike in this comparison.

Through superior engineering, the 2015 Defy Advanced SL meets-or-exceeds the compliance characteristics of its competition without the use of external pivots, rubber inserts or other gimmicks