What Is An Endurance Road Bike?

Sometimes referred to as a 'sportive bike', the endurance road bike has increased in popularity in the UK as riders look for more comfort when tackling poor road surfaces and adverse weather conditions.

Although they look similar on the surface, there are subtle changes to the makeup of the bikes in this category; wider tyres, more upright riding position, powerful disc brakes and shorter top tubes are all common features that distinguish endurance road bikes.

They typically attract riders who want to spend long days in the saddle without feeling every bump and vibration from the road at the end of the day. 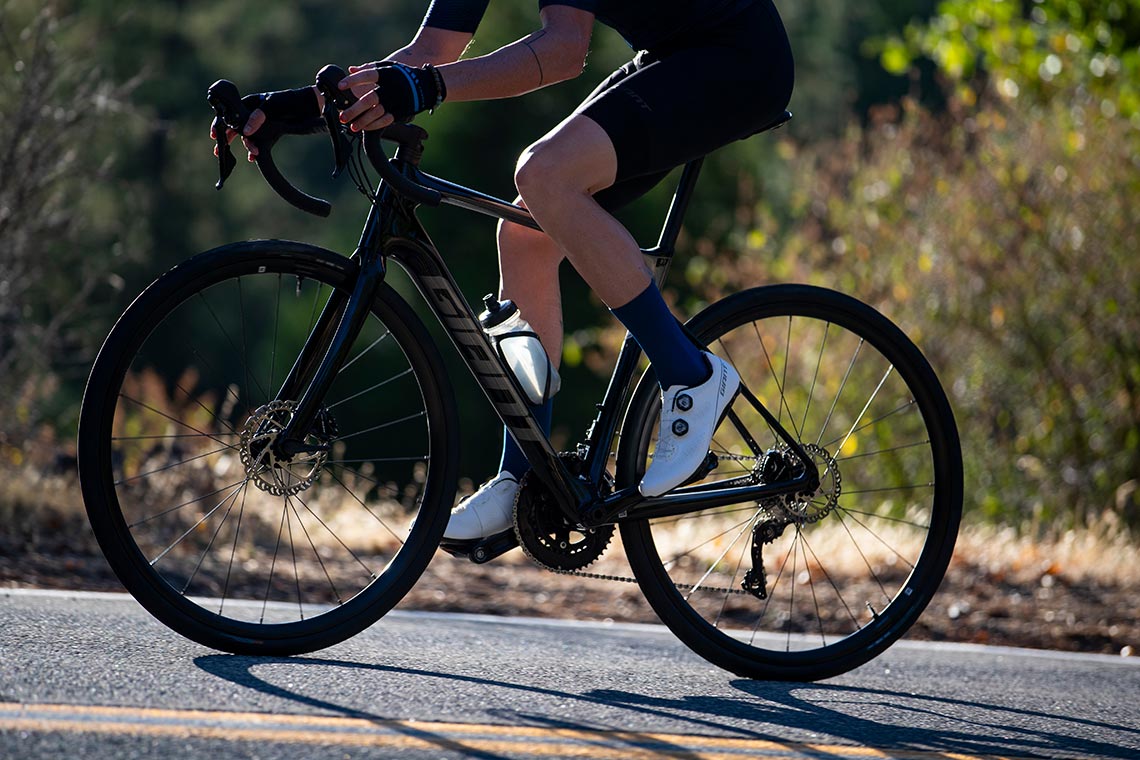 Focusing on the geometry, they aren't as aggressive as race bikes such as our TCR or Propel range. But what does this actually mean?

Below, we look at what goes into making an endurance road bike and the small changes that make a big difference in how the bike feels and rides.

On first glance, a geometry chart can just look like a load of numbers chucked onto a table; however, they are the result of decisions refined over years of experience and manufacturing that lead to the perfectly tuned machines on the road today.

It’s tempting to focus on the numbers in isolation, however, the whole package must be considered when comparing bikes as a small change in one area has a huge knock-on effect elsewhere. Despite that, we can pick out a few key indicators of endurance road bikes and assess how they compare to another road bike.

Below, we have the geometry charts for the Propel Advanced pro and the equivalent Defy. They are quite similar and share common features; however, there are a few noticeable differences that separate a racing machine from an endurance bike. 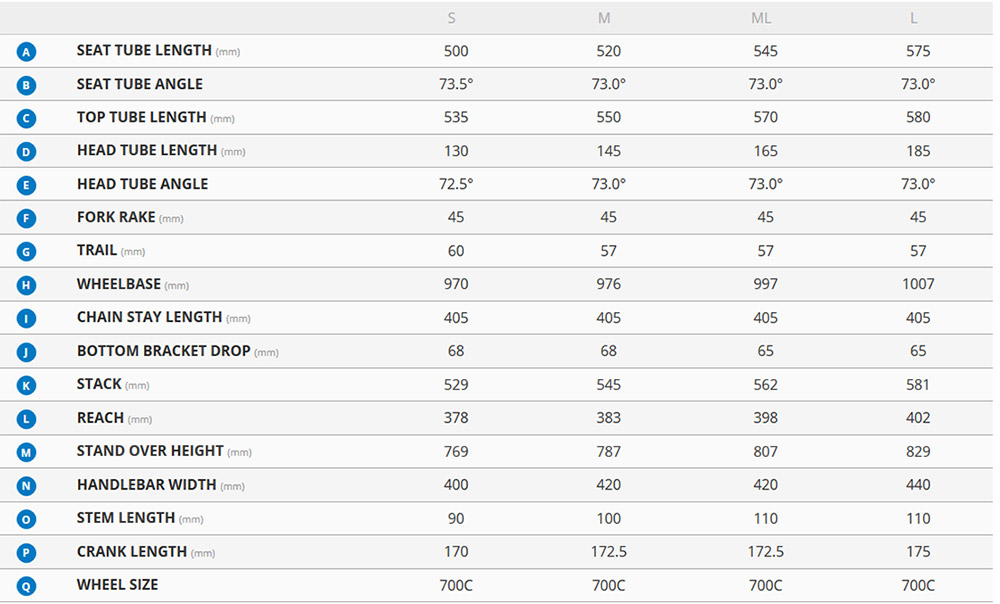 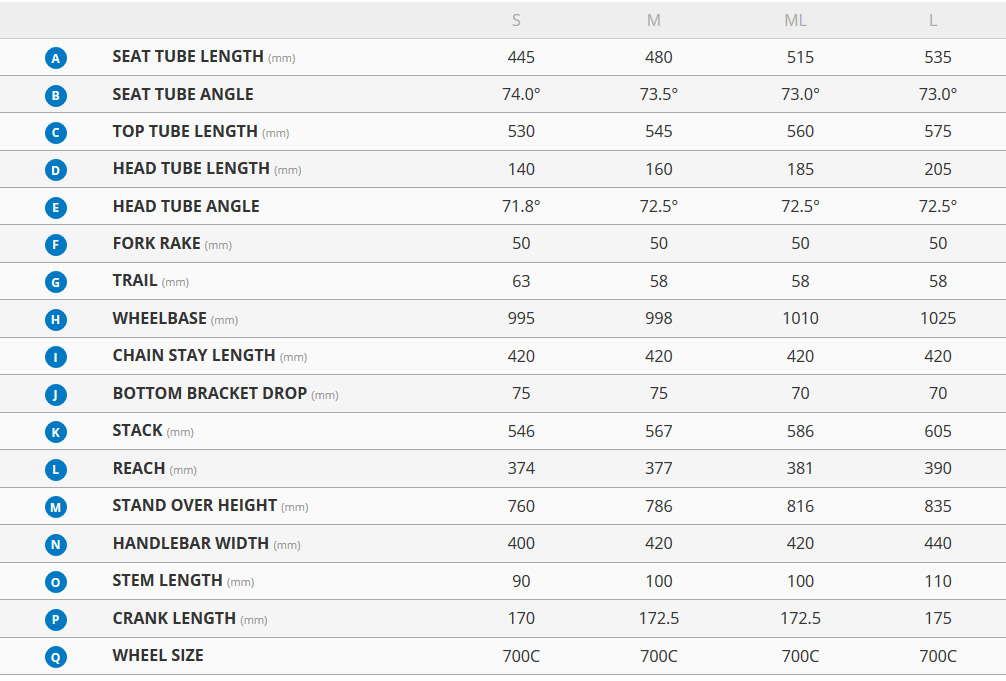 One of the crucial identifiers of endurance bike geometry is looking at the head tube length. A longer head tube results in a more natural upright riding position, ideal for rides where speed isn’t essential. The longer head tube also helps in dampening vibrations from the road, as there is more frame material between your handlebars and the ground, therefore it is a common trait on endurance road bikes. 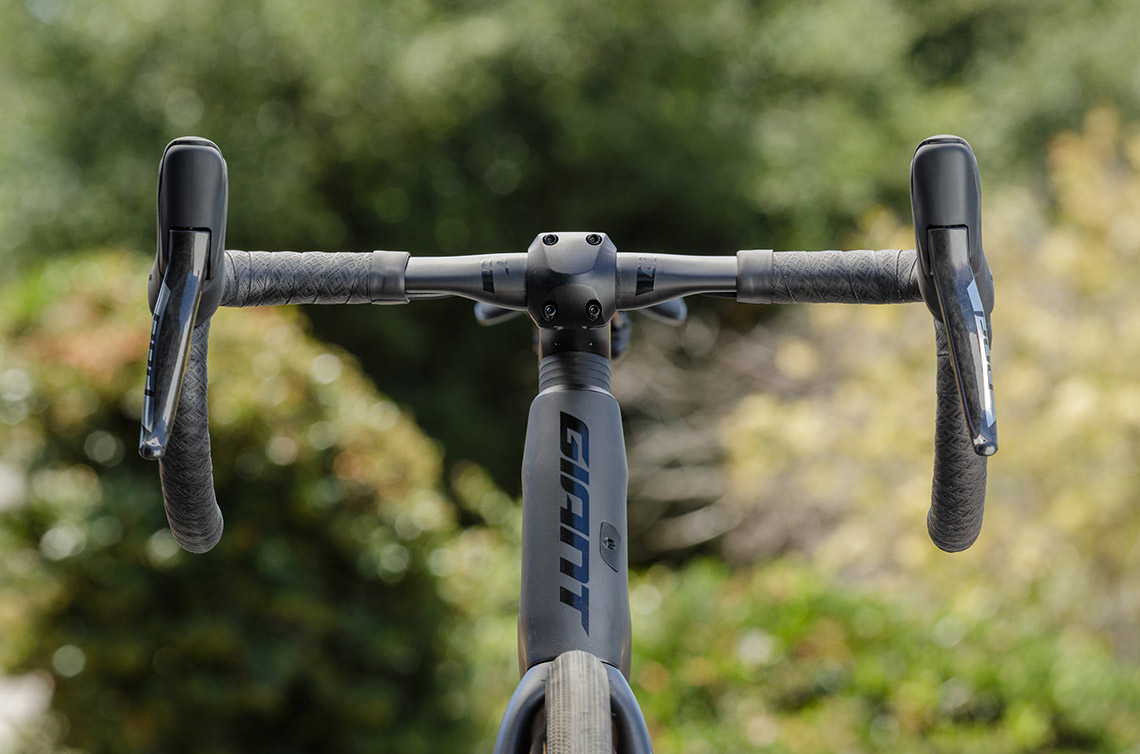 If we take the Defy, the Medium size has a 160mm head tube, compared to the propel which sits at 140mm. This extra 20mm raises the natural riding position of the bike away from the racier Propel, giving a slightly more upright ride.

This brings us nicely onto the head tube angle – a classic race bike design has a head tube close to 73 degrees, which makes the bike more responsive as a steeper head angle makes the steering faster. The Defy sits at 72.5 degrees, which is slightly slacker. This small change in the angle results in the bike having more stability and control under steering, compared to ‘twitchier’ racing bikes. When it comes to endurance, it’s all about control over long periods of time rather than short sharp blasts.

By affecting the head tube angle, this knocks on to the ‘rake’ of the fork (also known as offset, which is the difference between the centre of the wheel and the centre of the steering axis) and the trail (the difference between the steerer axis and where the wheel contacts the ground). More trail provides increased stability at higher speeds. The numbers are similar for the Propel (57mm) and the Defy (58mm), with the small increase making the Defy just that little bit more stable.

Another critical measurement is the chainstay length. The Defy features 15mm longer chainstays than the Propel (420mm compared with 405mm). Shorter chainstays are common on race bikes, as it improves the acceleration and climbing ability, whereas longer chainstays are perfect for bikes that need better tyre clearance and the ability to mount fenders – an essential for any endurance road bike. 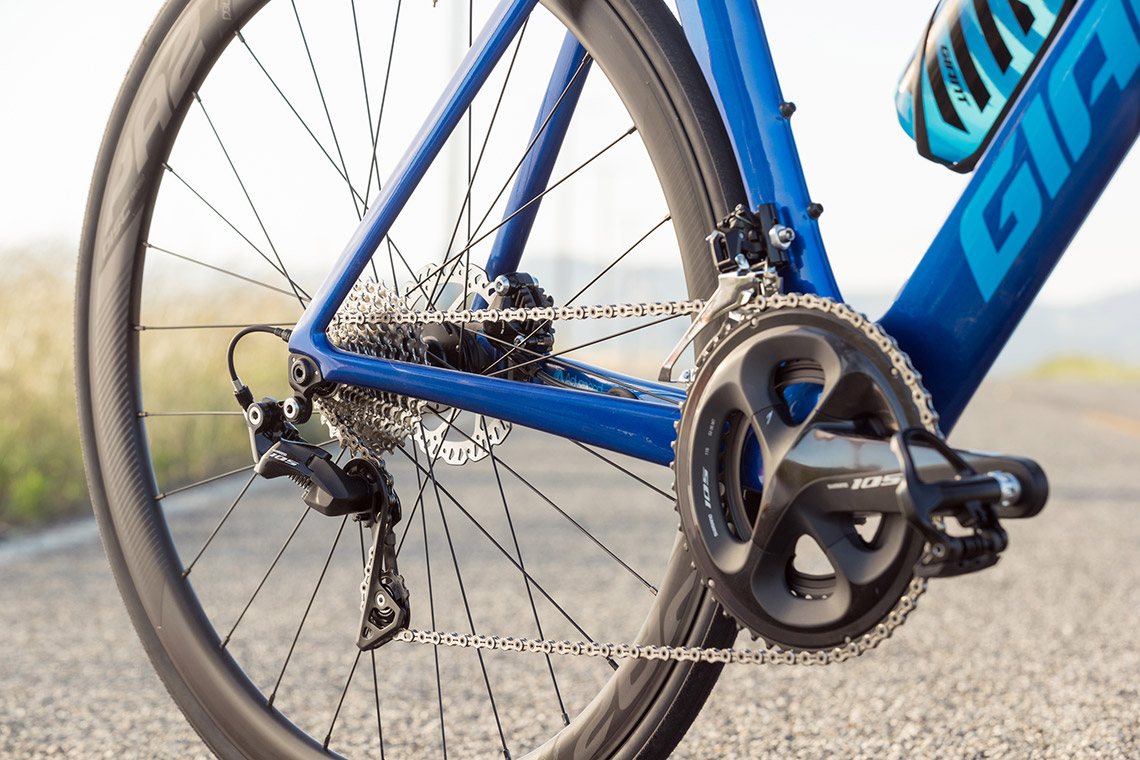 What Difference Does It Make?

This is all well and good, but what does it mean in real terms? Well, the resulting changes give the bike 22mm more wheelbase (measurement from wheel to wheel) on the Defy compared to the Propel. A longer wheelbase provides a more comfortable ride.

It also improves stability – think about your feet, the closer they are together the less balance you have. If you take a wider stance, you instantly gain more control and stability, which leads to the bike having a ‘planted’ feel when on the road compared to racier setups.

The numbers might not appear to have huge differences, but road bikes have sensitive designs - a small change to one measurement can have a dramatic effect on how the bike rides and handles. It why bikes take so long to design!

Although the choice of frame material can sometimes be restricted by budget, it's advisable to opt for a carbon fibre frame over aluminium or steel. The reason why carbon is so popular with bike manufacturers is its ability to provide the holy grail of attributes - lightweight, stiff and compliant.

Being lightweight makes the bike easier to pedal uphill, as the less mass you need to push the less energy you expend. A few hundred grams difference might not seem a lot, but pushing the extra weight up and down hills over the course of a 4 or 5-hour ride and it soon adds up.

Stiffness affects how the bike responds when putting power through the pedals – a more flexible bike will ‘waste’ energy by contorting, rather than directing it into forward motion, essentially making you slower for the same effort than a stiffer bike. Again, the wasted energy can add up over the course of a long-distance ride.

Compliance is the frame’s ability to smooth out the road and absorb the bumps and imperfections, rather than directing through the rider. It’s important as a compliant bike will be easier on the body to ride, and is a hallmark of a good endurance bike.

Why Does It Matter?

No bike can be the lightest, stiffest and most compliant – it’s just not possible (although carbon lets you get closer than any other material). It’s where the bike sits on the spectrum that makes all the difference in how it rides. A super-stiff racing bike won’t be very compliant, which means the ride will be harsher. Perfectly acceptable for an hour or two of racing, but longer rides require something that’s easier on the body.

There is a degree of compliance to our entire range, so even the top-end race bikes won’t destroy you after an hour – however, there are certain models which are engineered with more compliance than others to give it a certain riding characteristic.

It's Not All About Geometry

While geometry is one of the key aspects of how a bike rides and handles, the entire set up must be considered when categorizing whether a bike is better suitable for endurance riding. Purely focusing on the geometry and ignoring the chainset, wheels, tyres, saddle and all the other components isn’t giving you the full picture of how the bike will perform.

It’s possible, through bike setup and accessory choices, to make a bike more endurance orientated – pro riders opt for 28mm tyres and double wrap handlebar tape at Paris Roubaix – but without the correct geometry, it will never quite beat a dedicated endurance bike.