A Guide To Power Meters And Training With Power

Guides > A Guide To Power Meters And Training With Power

If you’re serious about improving your performance on the bike, training with a power meter is the absolute best way to get the most out of both your training time and effort. Cycling power meters are a fairly modern addition to bikes but are now becoming much more affordable, with the all-new TCR Advanced Pro 1 equipped with a power meter as standard for £3299. However, knowing what to do with one and how to get the most out of your riding time, can be a different matter.

What Is A Power Meter?

Simply put, a power meter is a device fitted to a bike that measures the power output of the rider. Power meters usually use a strain gauge that deflects slightly when a force is applied, thus altering the current running through it. By measuring this torque and then multiplying by the angular velocity of that component, power (measured in watts) is calculated. They then transmit this data wirelessly to a head unit or smartphone via the ANT+ or Bluetooth wireless frequency.

What Power Meters Are Available?

Power meters were first developed by a company called SRM back in the mid 80’s, pioneered by pro rider Greg LeMond. Despite being commercially available since the late 80’s, it’s only been the last few years where the price has decreased to make them attainable to the average rider. Alongside this, the benefits of training with power have become much more apparent. Therefore, the increased demand and cheaper prices have led to much more variety to choose from as different manufacturers bring out their own power units.

Nowadays, power meters are available in a variety of locations on the bike;

Having a crank-based power meter is a very popular option, as it’s relatively easy to switch between bikes (providing you use the same crank length). What’s more, with the ability to have a dual-sided unit or the cheaper, but a slightly less accurate, single-sided option, the cost can be considerably lower - useful for racers on a tighter budget. 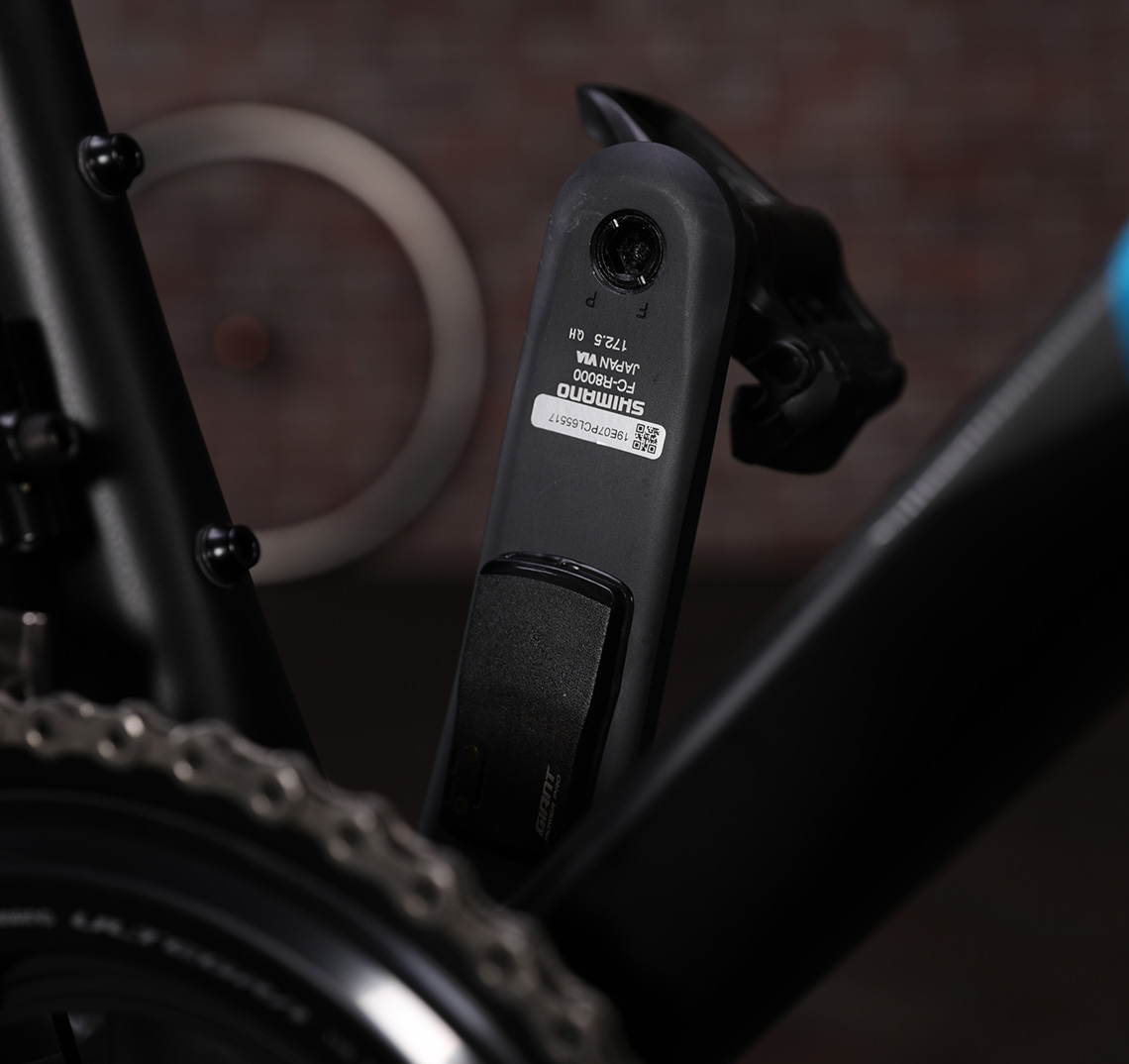 Just keep in mind that if you do decide to opt for a single crank arm option, it can’t provide accurate left/right data, as it's only reading information from one side. They will be able to provide an estimation, however, it won't be able to highlight any power imbalances in your pedal strokes.

Power meter pedals are another type that has grown in popularity recently. Again, pedals are very easy to switch between bikes and also come in a single side or dual-sided option, meaning it can be a cost-effective and easy to manage solution for those who aren’t too handy with a spanner.

There are a couple of downsides to pedal-based power though - due to their location, they can get damaged much easier in a crash, as they are one of the first things to take the impact. Also, they can have a tendency to over-read on power as the force applied is being measured directly on the pedal, and they can be erratic during sprint efforts or climbing out of the saddle.

The traditional location for a power meter has been the chainring and is still favoured by plenty of pro riders to this day due to its accuracy and popularity. It’s worth noting that it’s also unable to pick up left/right data as it's technically a single-sided power meter, however it can give an estimation.

Although it's widely considered one of the most accurate locations to measure from, the wheel hub power meter has declined in popularity as more alternatives have come on the market that is easier to switch between bikes. Being limited to a single wheel, without a fiddly and time-consuming hub switch, isn’t ideal for a lot of riders.

The bottom bracket is a logical placement choice for a power meter, as they provide accuracy and low maintenance as it’s nicely tucked away. However, the lack of ability to switch between bikes easily and the various bottom bracket sizes on bikes nowadays cause plenty of compatibility confusion for owners.

Why Train With Power?

Prior to the emergence of power meters, using the heart rate was a popular training method. However, changing the focus to power has several advantages over heart rate. To start with, power meters give real-time information, whereas it can take tens of seconds for your heart to respond to an effort - when doing an all-out sprint, for example, you could well have finished the effort before your heart rate responds.

Having real-time data also helps you gauge your effort much better, for example by riding to specific power numbers, you can ensure you don’t go too deep and you can make sure you have energy left for the end of the ride. It's especially useful when trying to pace a long climb or a time trial correctly. 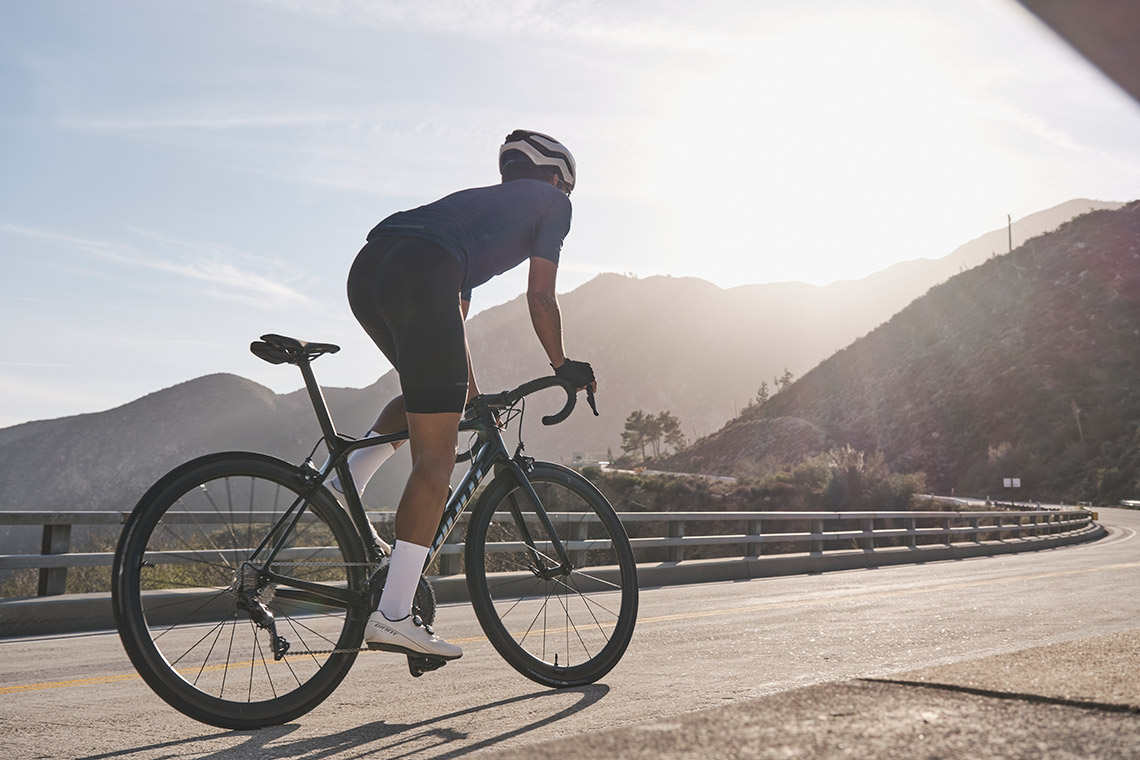 Furthermore, factors such as hydration, nutrition, energy levels, muscle fatigue and temperature can have a significant impact on heart rate, and this can affect the figures day to day, meaning it’s not always accurate and therefore not a reliable source of information.

Aside from heart rate, training to a specific speed also has drawbacks. A strong headwind could seriously hinder your average speed, despite you actually putting out more power. A power meter, therefore, provides reliable, consistent and effective data. As former British national time trial champion Matt Bottrill says “Power is an absolute measure. It directly correlates with performance. If your power goes up and your weight and aerodynamics don’t change then you will go faster.”

Functional Threshold Power, or FTP, is often seen as the holy grail of cycling performance. The definition of FTP is the highest average power you can sustain for an hour, and as this is a power value, it’s measured in watts. Knowing how to train with a power meter is crucial to getting the most from one – and understanding FTP is pretty much the first step.

Finding your FTP involves doing a test. There are different ways of doing this (a 20 minute ‘best power’ effort and a ramp test to exhaustion are two of the most common) and you can perform the test either indoors or outdoors. Outdoors is generally recommended as it is usually a better reflection of your actual power output, however, if the bulk of your training is done on the turbo then its advisable to complete the test indoors as well.

FTP has significance as it allows a rider to determine different training zones when using a power meter and to measure improvement. Training plans often prescribe training based on training zones and broadly speaking the zones are as follows:

You can see that by having a power meter you can quite easily structure your training around these zones and therefore, get the most from specific training.

A power meter can offer a lot of information - when used correctly. For example, it can pre-warn you of illness or overtraining when used in conjunction with a heart-rate monitor. If your heart rate reads much higher or lower than normal for the same wattage, that’s a clear indication that something may not be quite right. Equally, analysing the power data after a ride or a race can help identify weaknesses and room for improvement.

Furthermore, from a coaching aspect, a power meter is an invaluable tool. “A power meter enables you to get the best from your coach,” says Matt Bottrill, who himself coaches several professional triathletes. “Sending your power meter data to your coach tells them not only how you completed the session that they planned for you to do, but also how your body responded to it. Longer-term they can see if the training plan they are giving you is working or not and adjust it as necessary”.

Since 2018, we have fitted some of our Pro & SL level road bikes with power meters as standard. Now available to purchase as a standalone unit, the Giant Power Pro is a dual-sided crank-based system that is able to provide all the vital information including power, left/right balance, force angle and cadence. The system uses a Giant exclusive algorithm and is able to provide accurate and stable power data (±2 %) under all conditions. 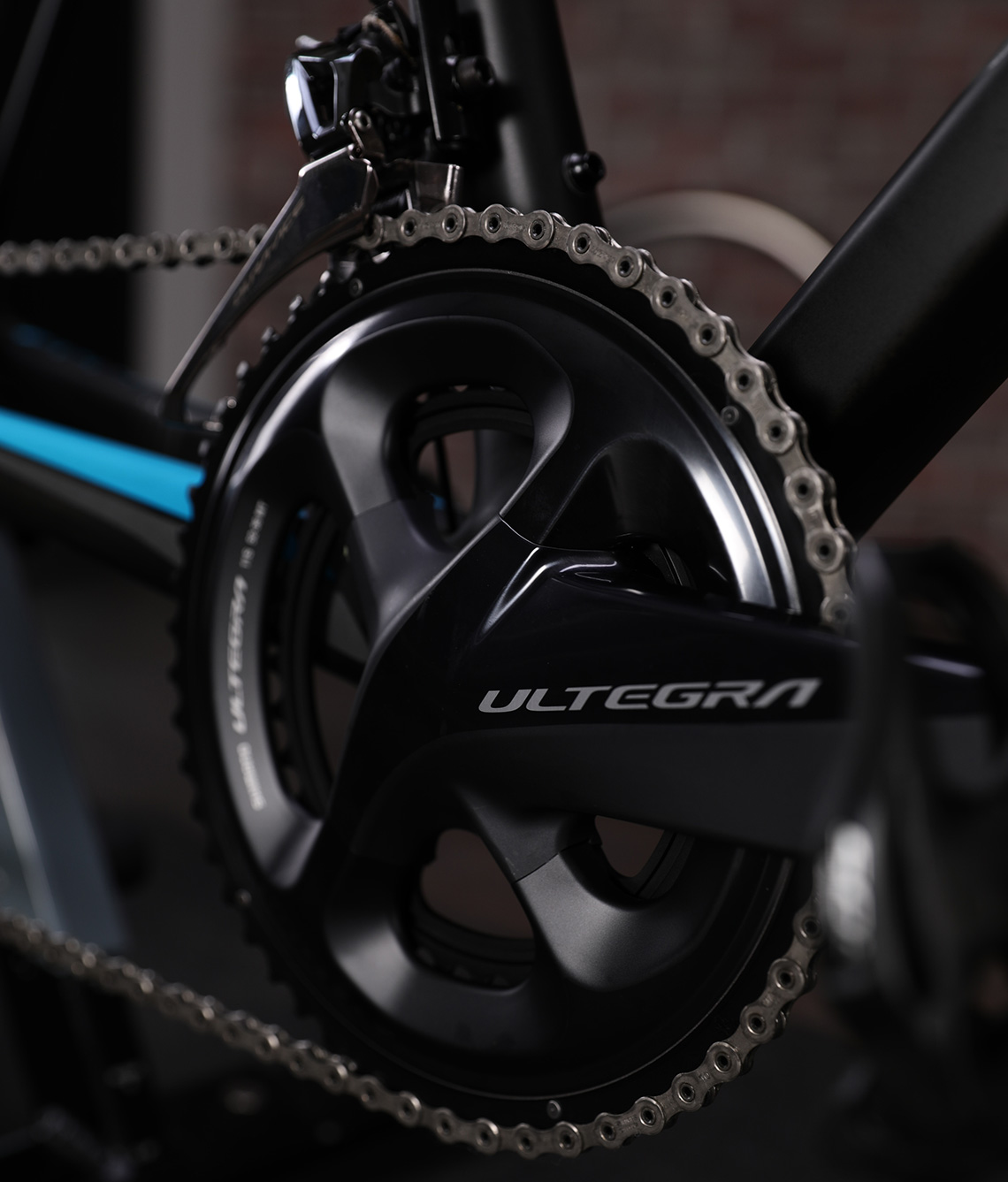 The Power Pro is Bluetooth and ANT+ compatible and riders can view pedalling performance and calibrate the system using any capable head unit, such as a Garmin or Wahoo, or through the Giant RideLink app. The battery lasts up to 150 hours (or 1500 miles) of riding on a single charge and since the power meter is easy to recharge via a supplied cable, it’s a simple yet effective system to use.

Find out more about the Giant Power Pro

It’s clear that any level of rider can benefit from having power data to work with – from a weekend warrior to a sportive rider, from a first-time racer to a WorldTour pro, a power meter will highlight areas for improvement and allow you to work on those areas with greater precision. And the best bit - unlike many upgrades or components, a power meter keeps on giving! As you improve, it will keep helping and enabling you to improve further still, so we’d say it's definitely a worthwhile investment. 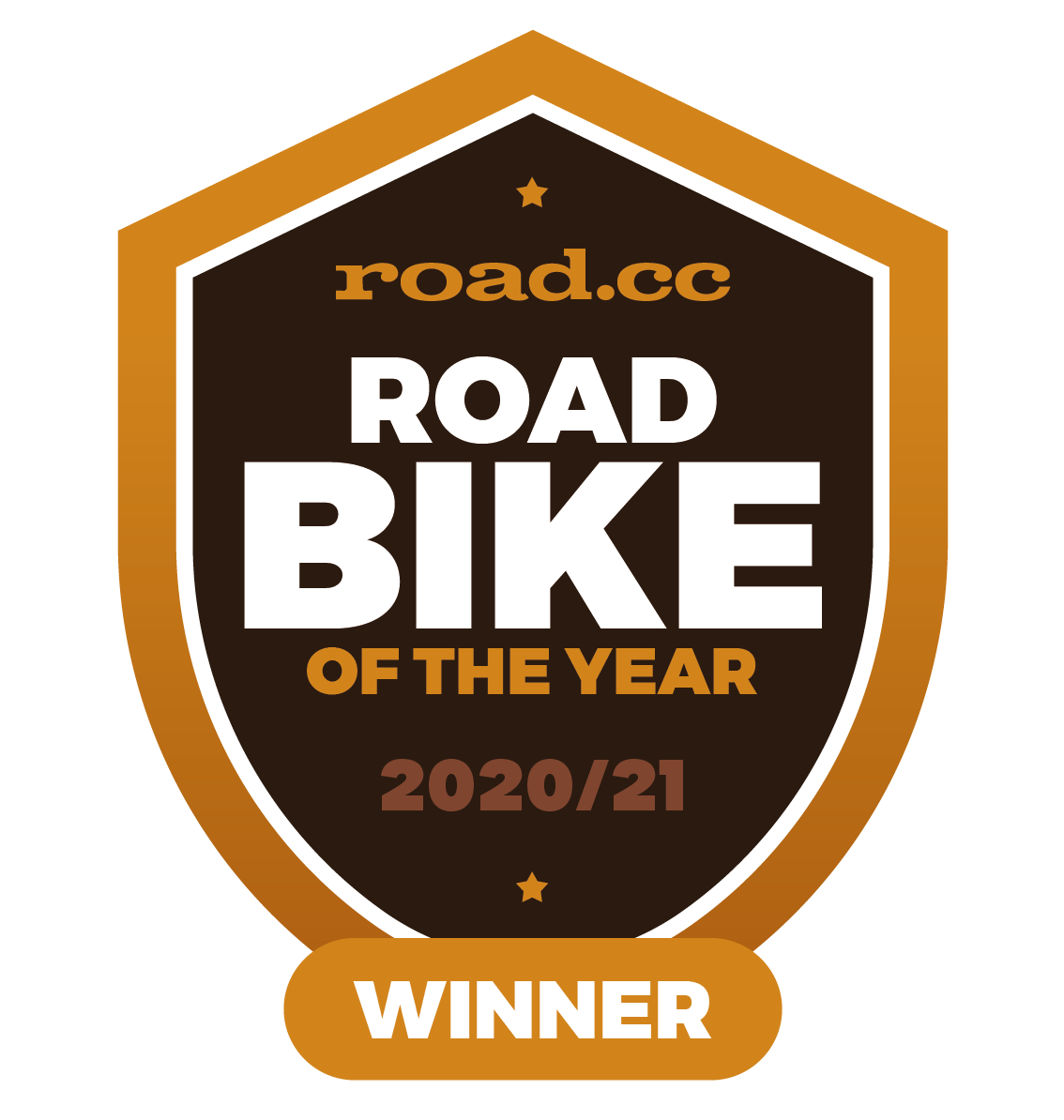