An Overview Of The Spring Classics

Guides > An Overview Of The Spring Classics

The Spring Classics are cycling’s biggest one-day races, with plenty of fans arguing they are more exciting than any Grand Tour or stage race. They take place in Northern Europe, with the majority of them held in Belgium and usually at the same time every year across February, March and April (although the COVID-19 pandemic meant they were raced over the Summer and Autumn in 2020).

For some pro riders, they are the number one focus of the entire season. It may come as a surprise considering they occur so early in the year, but a victory in a Spring Classic can quite literally define a career. The races themselves are steeped in history, many of them dating back to the 19th century, and have a reputation of being arguably some of the hardest races in the cycling calendar.

Within the Spring classics sits the 'monuments'. These are the oldest, most prestigious and often hardest one-day events in cycling, with each having its own unique history and characteristics. Five races make up the Monuments, with only three riders in history ever winning all five - one of them the famous Eddy Merckx.

Take a look at each race below, so you have an idea of what to expect when it comes to race day. 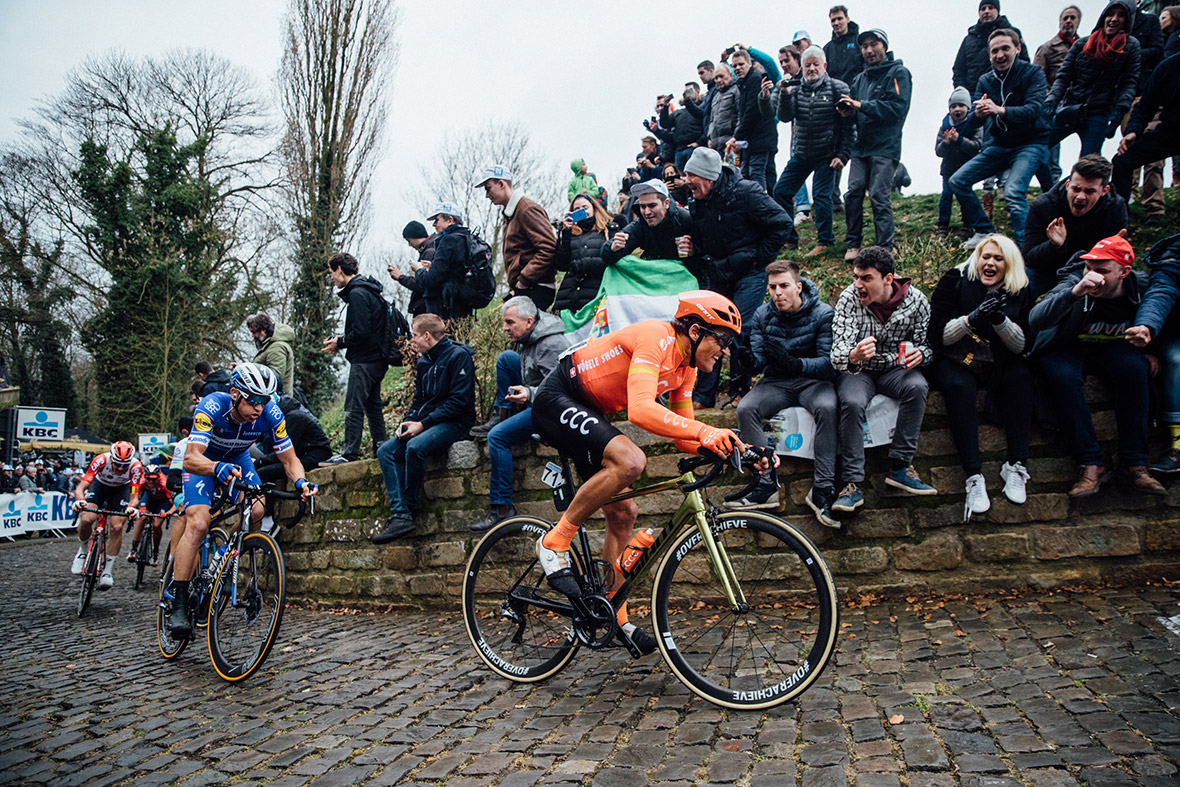 Omloop Het Nieuwsblad signals the start of classics season, this year taking place on Saturday 27th February. The men's race is 200km while the women cover 130km, both of which start and finish in Gent, Belgium. The race includes a series of steep Belgian cobbled climbs and is often characterised by cold weather due to its early-season status.

Taking place the day after Omloop Het Nieuwsblad, Kuurne-Brussels-Kuurne doesn’t extend the entire way to Brussels as the name suggests, although it was the case when the race started in 1946. Unlike most of the Spring Classics, the 200km race is well suited to sprinters as the climbs come quite early in the race. Despite taking place one day after each other, no rider has ever won both races at the same weekend.

Strade Bianche means ‘white roads’ in Italian, and describes the historic white gravel roads which are the defining feature of the race. Taking place on 6th March, the mens race is 176km, while the women tackle 103km. Both races feature over 50km of unpaved white gravel roads.

One of the most scenic locations on the entire calendar, the race starts and finishes in Siena, Tuscany with the finishing climb to the beautiful Piazza del Campo a picturesque finale to the usually exciting race.

Milan-San Remo, also referred to as ‘La Classicissima‘, is the longest race in the cycling calendar covering a massive 295km. Riders set off from Milan and race to the finish in San Remo finishing on the well-known Via Roma.

With just a few climbs in the race, it's sometimes referred to as the sprinters classic as it can come down to sprint finish (although that hasn't happened for a number of years now) with the winner usually being the rider who has managed to save the most energy over the almost 7 hours of racing.

Previously known as E3 Harelbeke, the renamed E3 Saxo Bank Classic covers 200km around Harelbeke. While not quite as old as other Spring Classics, it's quickly become a prestigious race and often marks the start of Flemish Cycling Week (which lasts two weeks, confusingly enough). Thanks to the cobbles, steep climbs, winding narrow roads and wind it offers all race conditions that characterise Flemish classic races.

Although the media usually classify Gent–Wevelgem as a cobbled classic, the route only has about 2km of cobbles. The mens race covers 240km, while the women cover 115km. Weather usually plays a considerable part in this race and in particular, the famous crosswinds. The route takes riders from Belgium into northern France then back into Belgium for the finish.

This mid-week race usually gives an idea of who is on form for the upcoming Tour of Flanders. The men cover 200km and the women 117km and the race features several tough cobbled climbs and is a nice tester ahead of the bigger races later in the spring.

Quite simply, the tour of Flanders is one of the biggest events on the calendar for cycling fans. Steeped in history, its classed as both a monument and a cobbled classic. Again, offering both a mens and womens race, it spans across Belgium for 260km and 150km respectively. 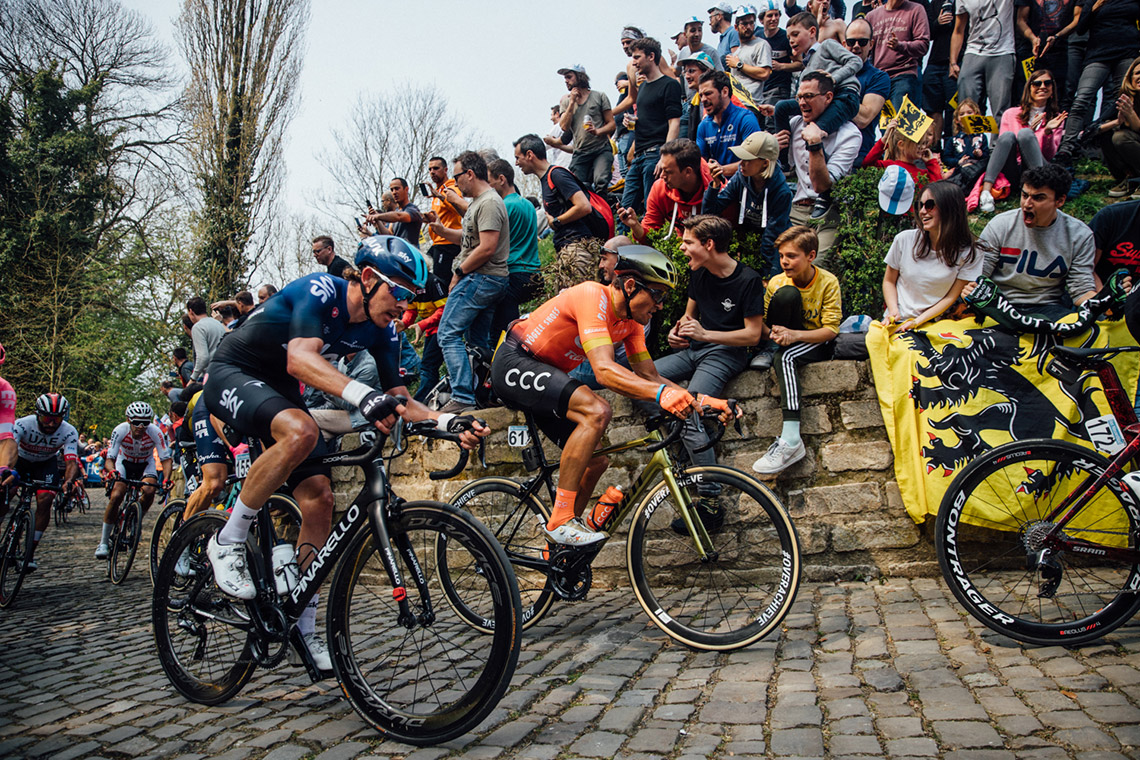 The riders face a total of 18 cobbled climbs, some of which top out over 20%. There have been over 100 editions with riders needing a combination of team support, strength but perhaps most of all luck, to win.

Dating back to the beginning of the 20th century, one of the oldest races covers 155km around the Antwerp area of Belgium. Due to the flat nature of the race, it is almost always won by a sprinter. Marcel Kittel holds the record of 5 wins – two of them aboard a Giant Propel!

Also known as the 'Queen of the Classics', Paris-Roubaix covers 260km with a staggering 55km of cobbles featuring in 29 sectors, making it a real brute of a race. As the name suggests, the race starts close to Paris and finishes in the famous Roubaix velodrome. It's commonly referred to as ‘The Hell of the North’ and the weather can again play a pivotal role as wet cobbles and mud-coated tracks can make conditions treacherous.

Like the Tour of Flanders, the winner needs a considerable amount of luck, as punctures are commonplace during the race, as well as tactical knowledge, power, skill and technique.

Amstel Gold attracts a lot of interest from cycling racing fans as it usually creates exciting racing - 2019 was one of the most spectacular finishes of any race in history. Taking place in Limburg in the Netherlands, the race covers 250km for men and 120km for women and is the first of three Ardennes Classics; all races that are associated with narrow roads, short, sharp ascents, twists and turns. The name comes from the Dutch beer brewer Amstel who sponsor the race. 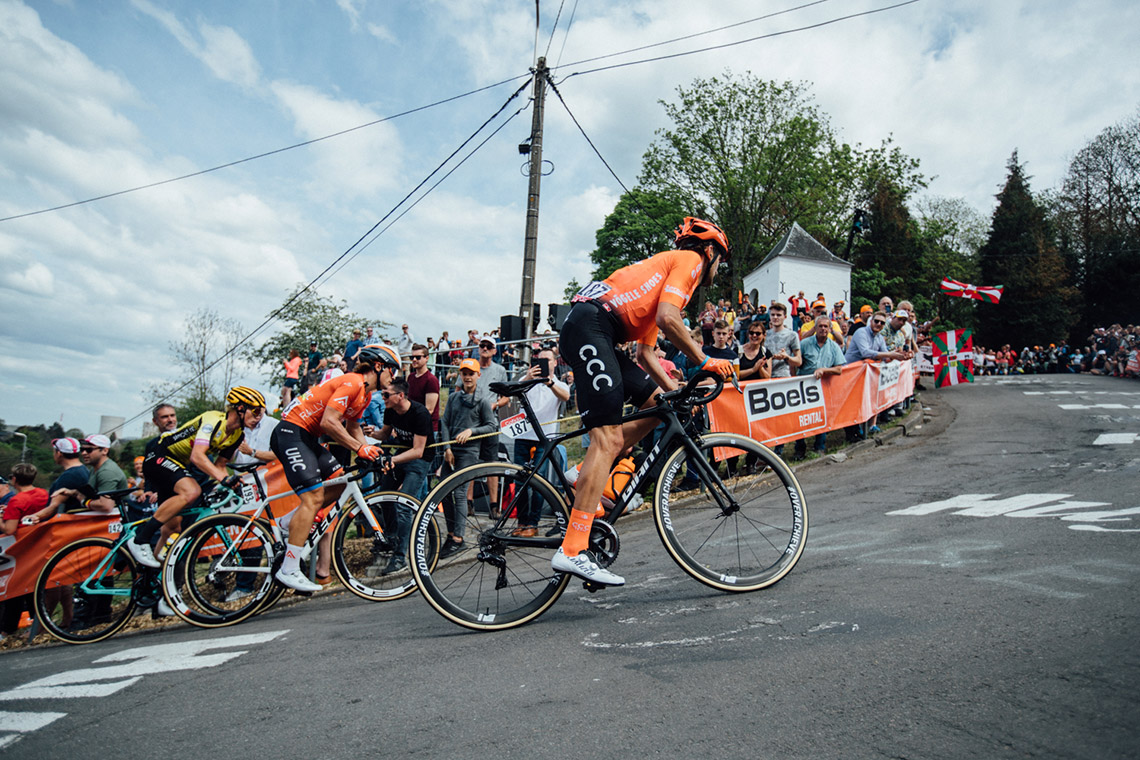 The second Ardennes Classic offers both a mens and womens race, covering 200km and 188km respectively. Fleche Wallonne takes place in Belgium and features the steepest finishing climb in Classics cycling, the legendary Mur de Huy, which is ultimately where the race is won or lost.

The last of the Ardennes Classics, and the oldest monument, takes place on Sunday 25th April and as the name suggests takes riders from Liege to Bastogne and back again covering 260km for men and 135km for women. This race is often an attritional race, with steep climbs sapping energy throughout the race.

Set across a mix of gritty backdrops and some stunning scenery, the Spring Classics offer exhilarating racing and are always a spectacle to watch, no matter the result. If you don’t already, make an effort to watch as many as you can this year and experience them for yourself.