In 2021, a young teenager from Kelowna, BC who was more used to riding an XC bike with 100mm of travel decided to take on the challenge of the toughest Enduro Event on the Canadian Calander and came out the victor.

Rollback to 2021, and there was a lot of uncertainty around racing worldwide. For the Giant Canada Off-Road Team, this was a tough time. Years of preparation to make National Teams, race World Cups and be the best they could be. Sitting at home waiting for races to be cancelled, Noah Rubuliak decided to just ride his bike for fun with his friends around the lakeside of Kelowna, BC. It just happened that those friends were aspiring Enduro riders on the cusp of greatness themselves. Lots of days of shuttle runs, trains down local tech trails and a few big jumps thrown in there for good measures and the XC boy had found a passion for going fast. Already having the fitness base, training regime and racing talent Noah decided to take up the opportunity to enter the Canadian National Enduro Championships after a friend's father could not race and Noah took his entry.

On that particular day, the heavens opened in Whistler and it became a war of attrition. Fitness, grit and determination would see the now fast descender fight his way to the top spot on the podium and become the Canadian U-21 Enduro National Champion.

To celebrate this huge achievement Giant Canada commissioned the team at Fresh Paints of Whistler to paint a custom Reign Advanced Pro 29 frame for Noah. Designed by Niko Roskams it incorporates elements from the Giant Canada Off-Road Team jersey and still follows the philosophies of our tensio design. The metallic pearl white and candy apple red bring out the Canadian flavour perfectly. Adding the outlined Maple Leaf to the headtube area and National Champion title to the seat tube undoubtedly make this a special bike. 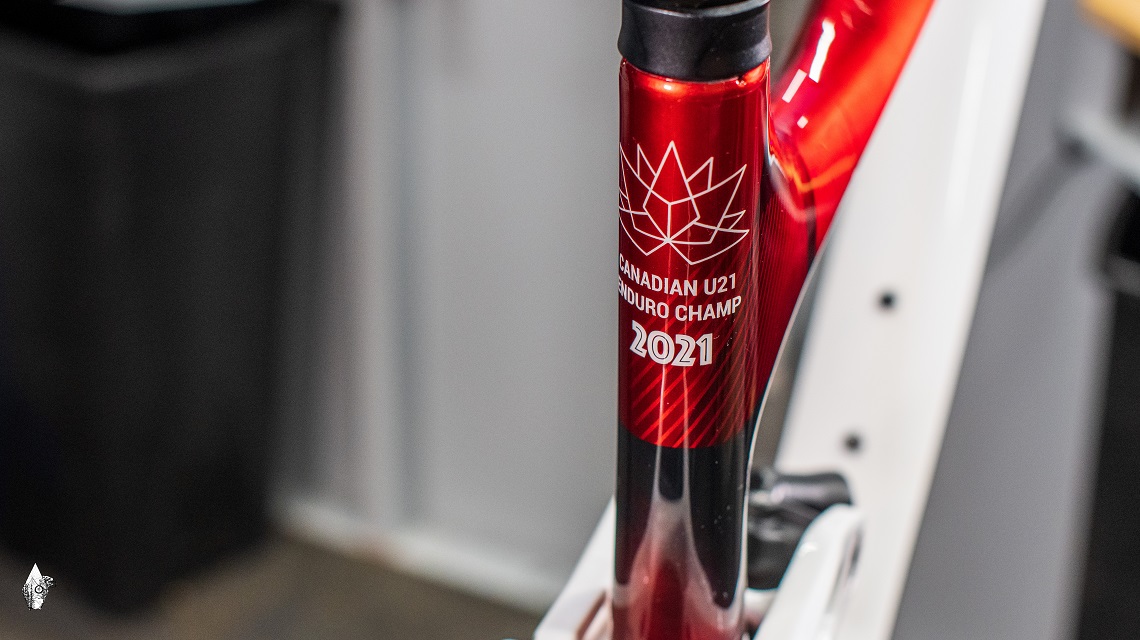 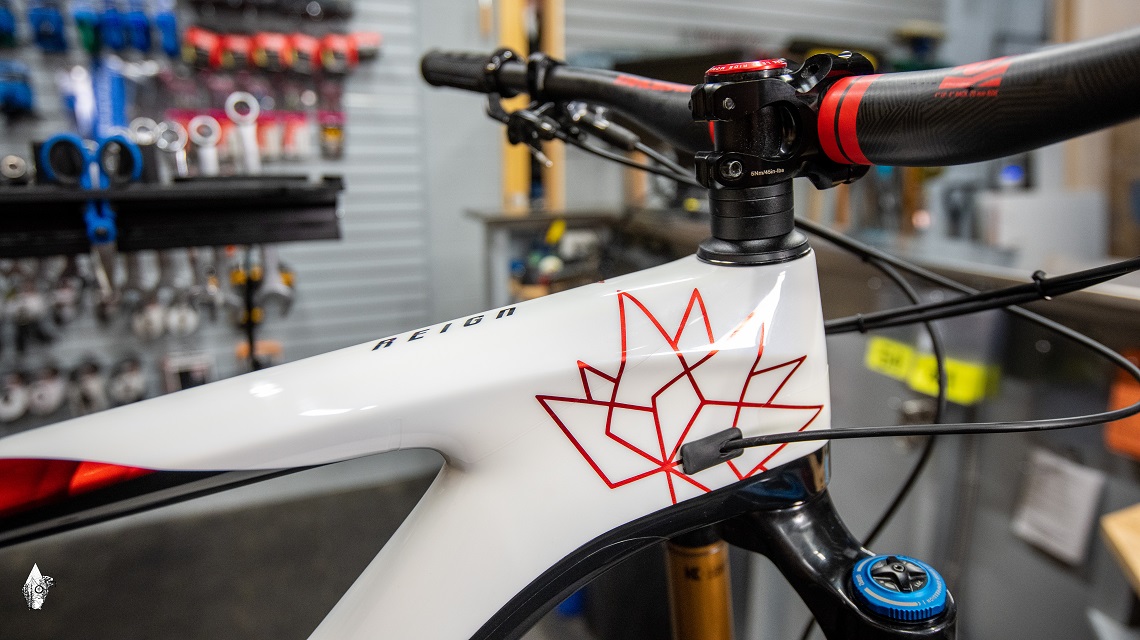 The bike is kitted out with the finest products from our partners. The suspension is dialled in by Fox and includes the Factory 38 fork with 170mm and DHX2 rear shock with a 500lbs SLS Spring. The dropper post is a 200mm Fox Transfer Performance Elite.

The cockpit is a red RaceFace SixC 35 handlebar cut down to 760mm with a Turbine 35 stem at 32mm long. Grips are ODI Elite Pros. Brakes are Shimano XTR 4 pistons with 200mm Rotors all-round. Drivetrain is controlled by Shimano too with the XTR 12-speed and an MRP AMG Guide to keep everything in place for when it gets rowdy.

Noah is rolling on a set of We Are One Union/Strife Carbon rims laced to Industry Nine Hydra hubs in black/red to match the theme. Grip to the ground is provided by Maxxis with the pairing of Assegai and Minon DHR 2 3C MaxxTerra DD.

Noah will be competing in select Enduro Events throughout the season as long as they don't clash with his XC racing where he hopes to join the Canadian National Team at World Champs in Les Gets, France in August.

Wheels: We are one Union/Strife 29 laced to Industry 9 hydra hubs