The odds were against Reece Wallace at his first Red Bull Rampage, but the Canadian freerider was able to spread his wings and fly.

Red Bull Rampage is the heart of freeride mountain biking—it’s where it all began. Almost 20 years ago, Josh Bender went to the desert and rode a 50-pound downhill bike while wearing moto boots to push the limits of what was possible. What began as dropping 40-foot cliffs on relic bikes in the middle of nowhere evolved into the pinnacle of freeride competition. 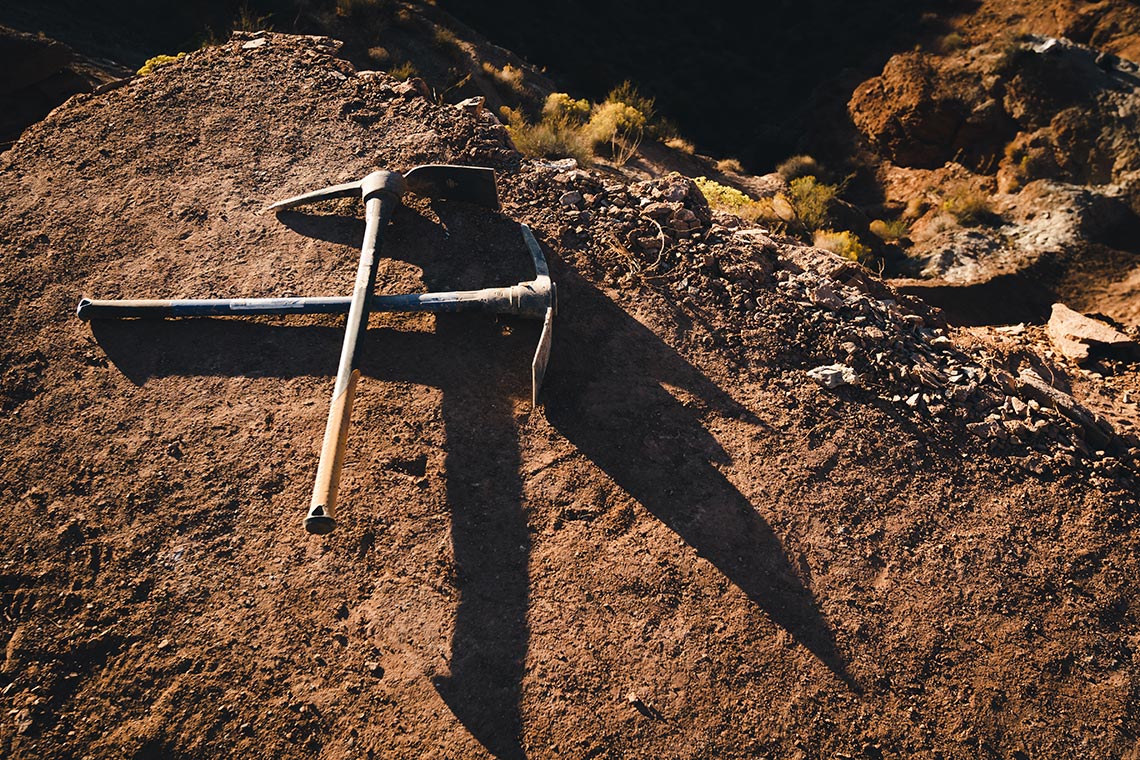 A lot has changed over the past two decades. Rampage is freeride’s most prestigious competition with 21 of the best riders from around the world invited to compete each year. This year, I was invited in part due to my video Flight Path, which documented me pushing my limits in the desert for two months.

The goal is to ride down the mountain while successfully hitting and tricking each feature to link together a top-to-bottom run. However, there’s much more behind-the-scenes action that takes place before any of this can happen. 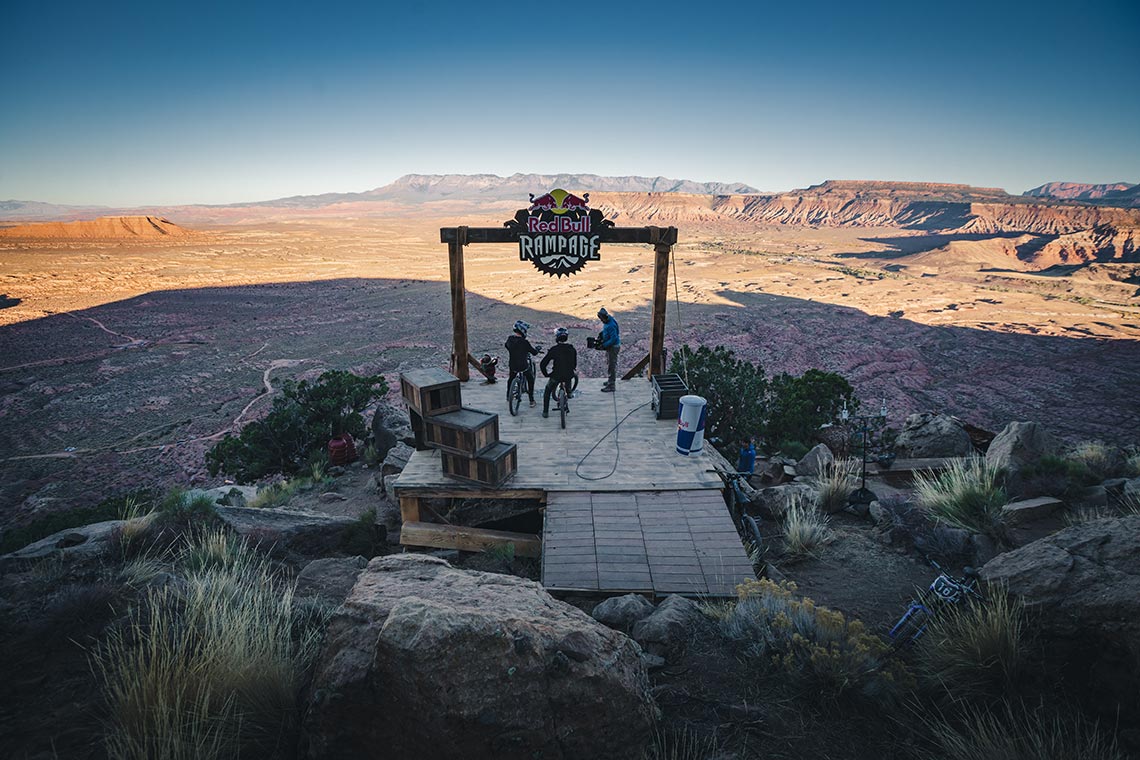 Step one is scoping and building a line. There are no pre-existing features at Rampage. Everything is built by each rider and their crew of two diggers over the span of eight days. Dig days are long and grueling, typically 11 hours on the shovel, pick-axe, or rake. Halfway through the digging, my hands were blistered, bleeding, and cracked. Bandaged with Neosporin, we pressed on. The excitement of the event is more than enough to keep going. 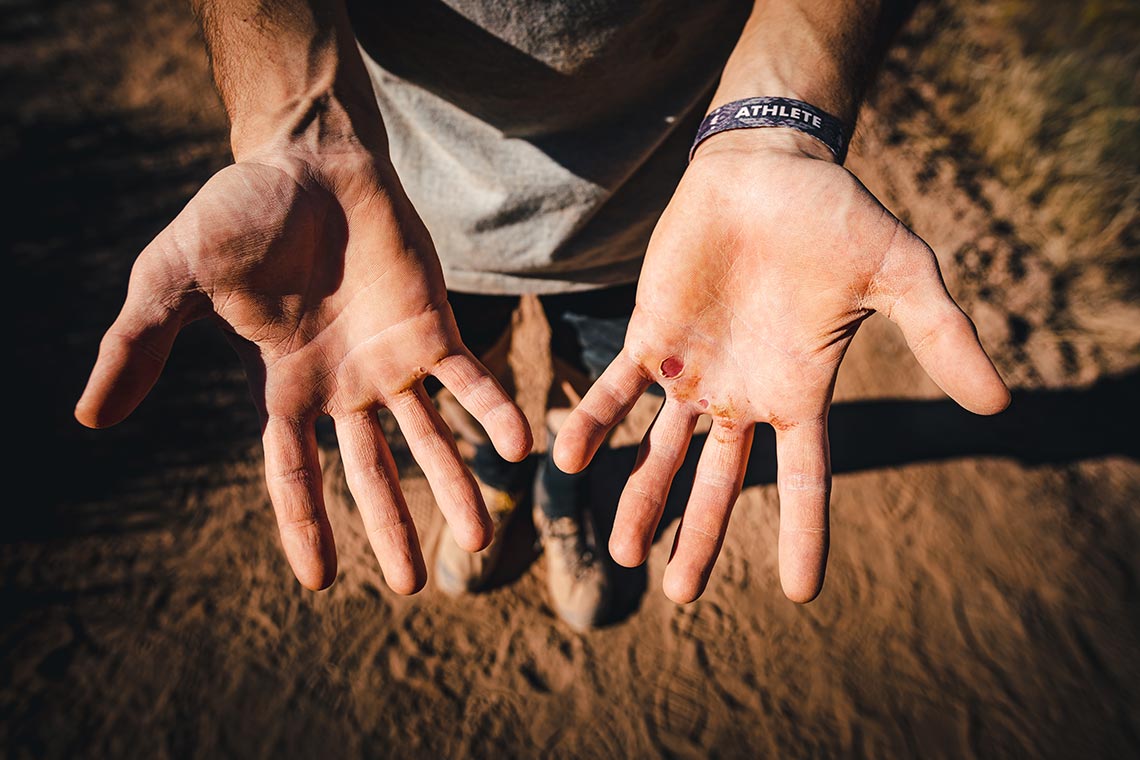 To make things tougher, 2019 marked the second year Rampage was held at the same venue. This meant 17 riders who rode last year already had an entire existing line built top to bottom. The four new riders, including myself had to build a new line while most only had to touch up or adjust their lines from last year. The workload was heavy, but doable. What really made things difficult was the lack of available terrain to build a competitive line. Most of the obvious and ‘best’ terrain was already taken. 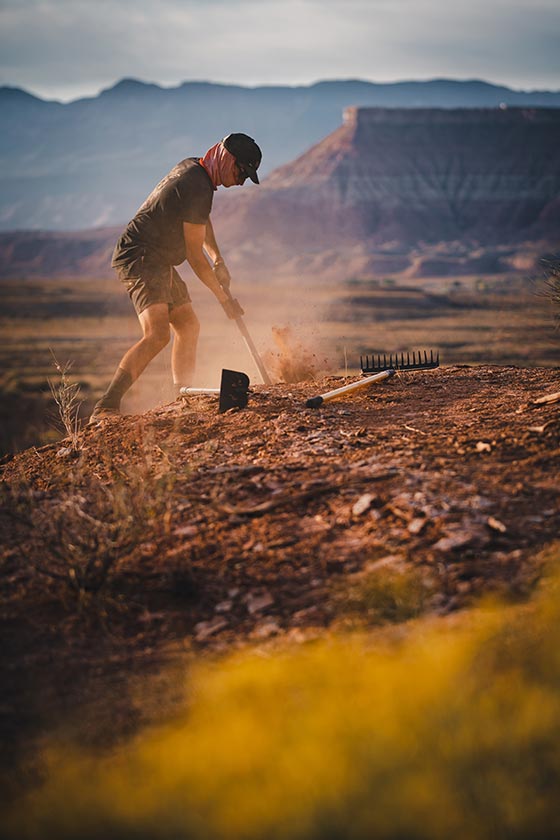 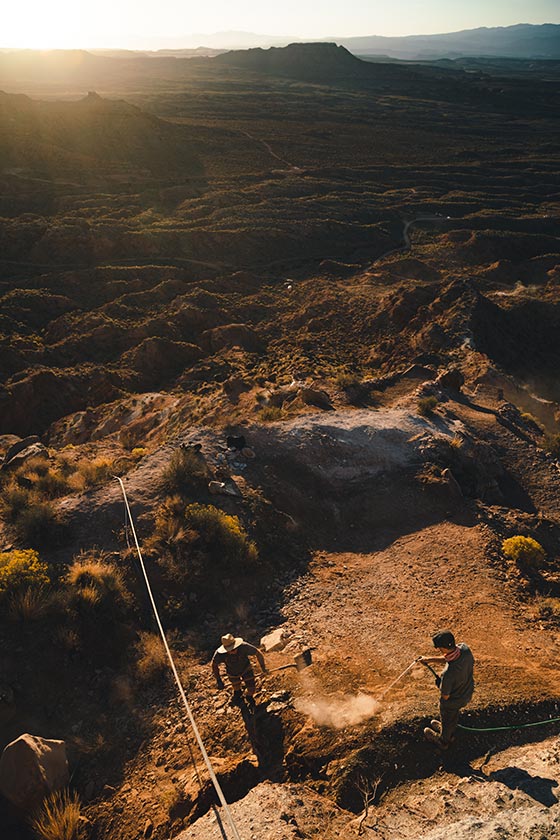 Walking the site to find a line, I asked a few other riders if I could team up with them on a couple existing features so I could link my line together. Unfortunately, all said no. The phrase from competitive freeskier Tanner Hall, “there are no friends on comp day,” rang true. In contrast, once the event was over, riders are back to being best buds. This shook me a bit, but I learned from it. 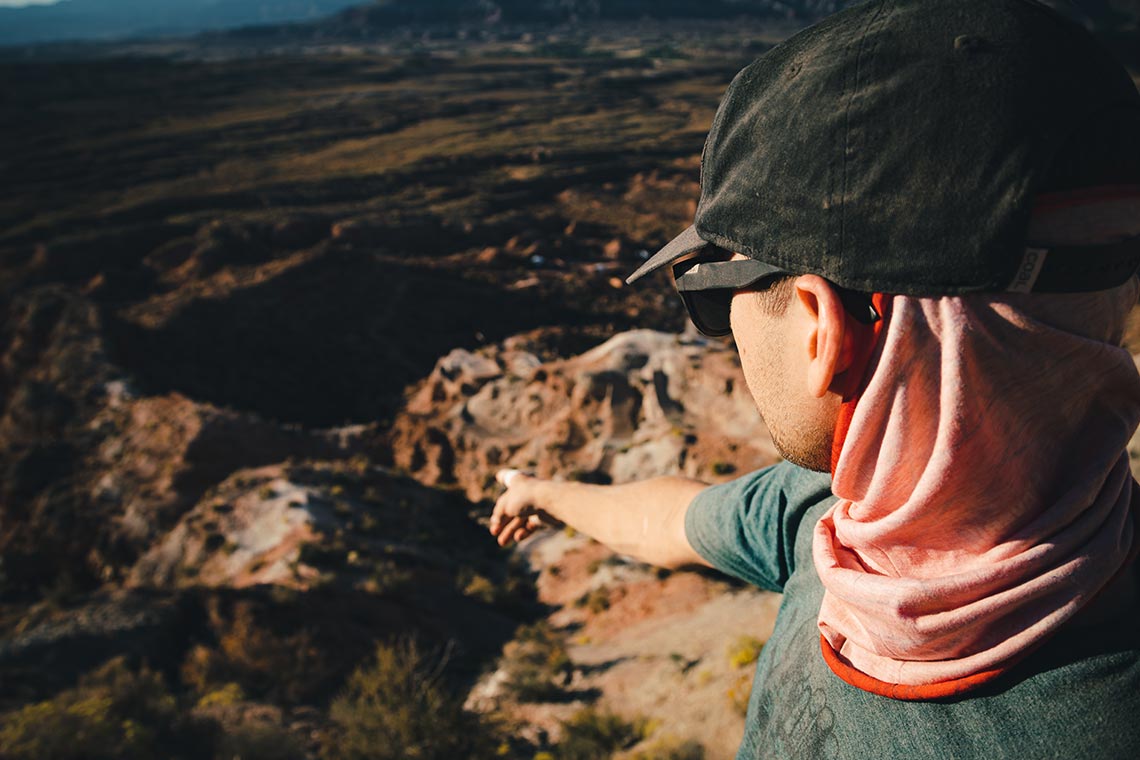 My crew and I remained positive and managed to build an entirely new trail amidst all the existing lines. At the top, I went hard left into a step-down to flat drop we built. The line into the step down was raw, and I flipped it leading into the flat drop immediately after. The drop was one of the larger ones, about 25 feet, but had just a tiny landing so I had to be accurate. I took extra time in practice to ensure I would stomp it first try. 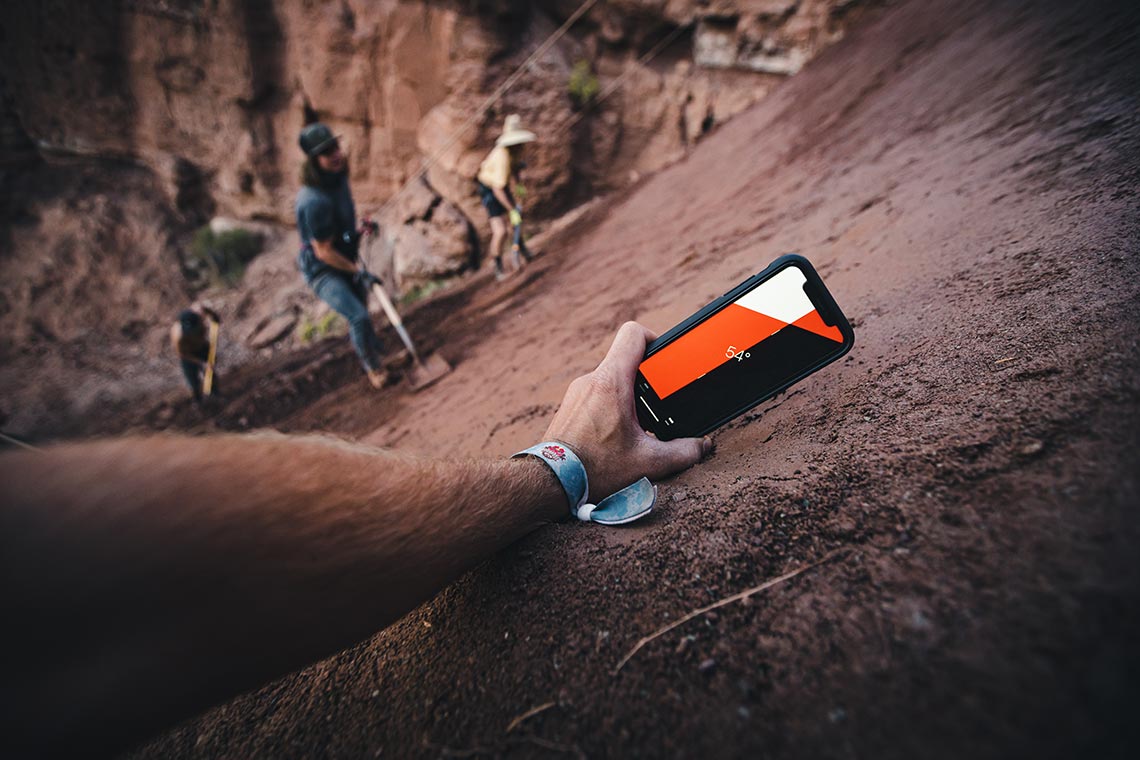 After the drop, there wasn’t any terrain left to connect the top to the bottom of my run, so I kept it relatively raw while traversing to link my run together. Following the traverse came my 54-foot drop. The drop was a group effort. It took three teams total (including mine) to build, and the landing was nearly 100-feet tall, 25-feet wide, built from hundreds of sandbags and thousands of rocks and shovels full of dirt. I couldn’t believe we got it done in time.

I guinea-pigged this drop the night before finals. It was almost dark, and another rider and I were waiting for the wind to stop howling. As soon as there was a break, we high-fived and I went for it—it worked perfectly. Most people don’t know it, but testing features you build is the craziest part of Rampage. It means leaning on your experience, speed judgement and abilities to make sure you stomp it first try. There’s hardly any room for error on stunts this large. For many, it’s more stressful than competition day. 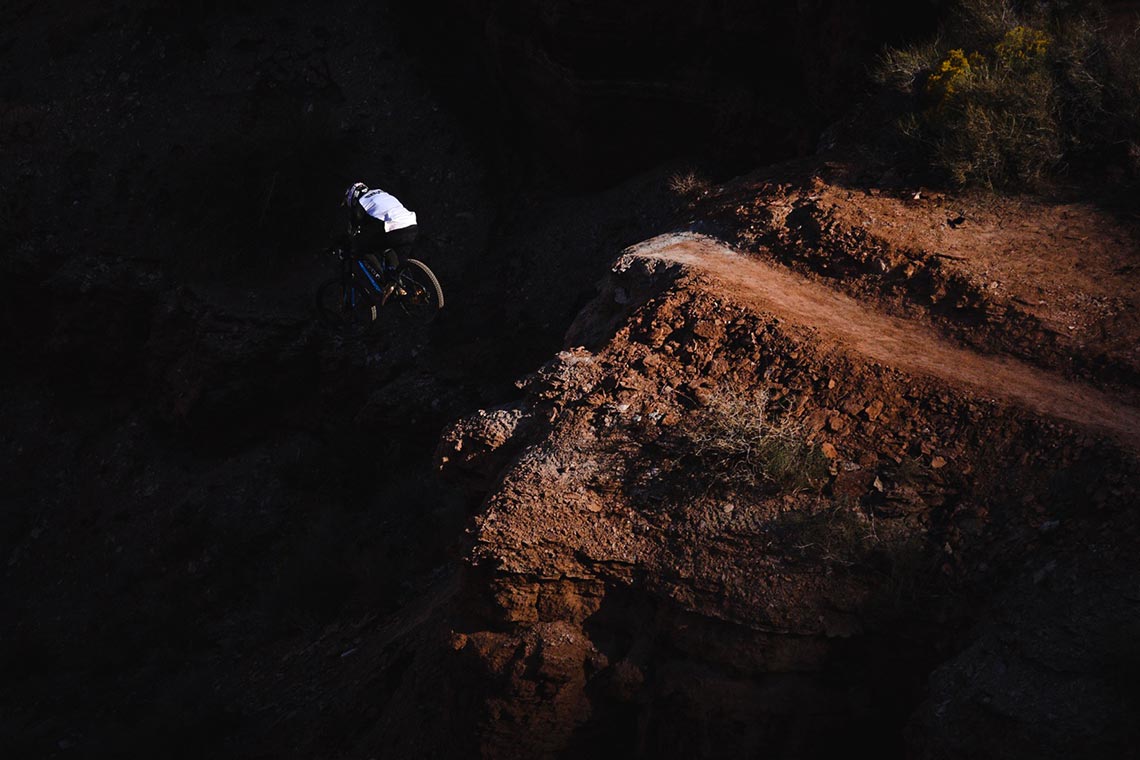 After the big drop, I front-flipped a hip step-up jump that linked into the lower part of my line. I then jumped a road gap we built next to the jumbotron TV screen. At this point, I wasn’t feeling much besides an intense focus while my adrenaline pumped. I couldn’t hear the crowd, helicopter, or my bike—I could only feel my heavy breathing. Going into the last jump I just thought, “don’t blow it now.” 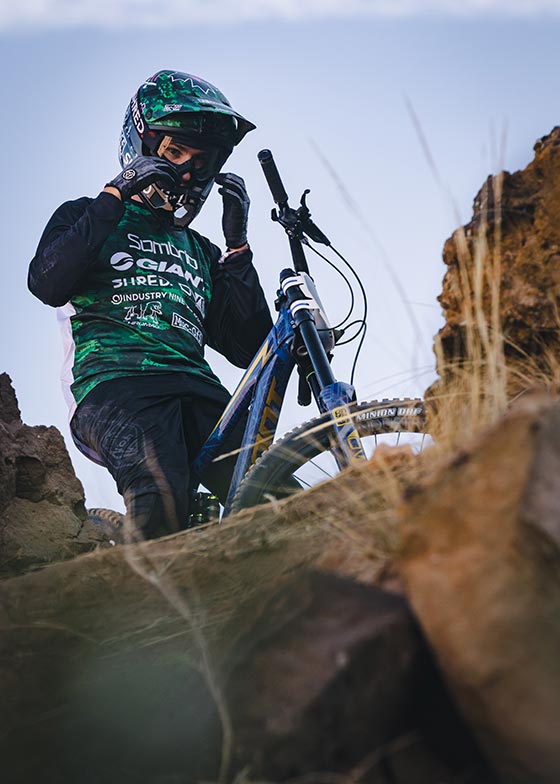 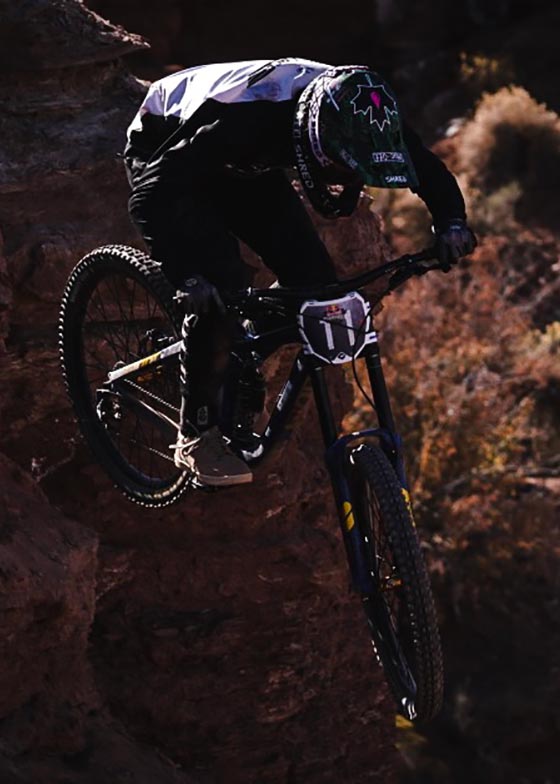 Once I landed the flip no-hander on my last jump, a sense of relief and excitement poured over me as I rode through the finish corral. After having the cards stacked against me, it didn’t matter what my score was. It only mattered that I made it to the bottom and finished what I started. 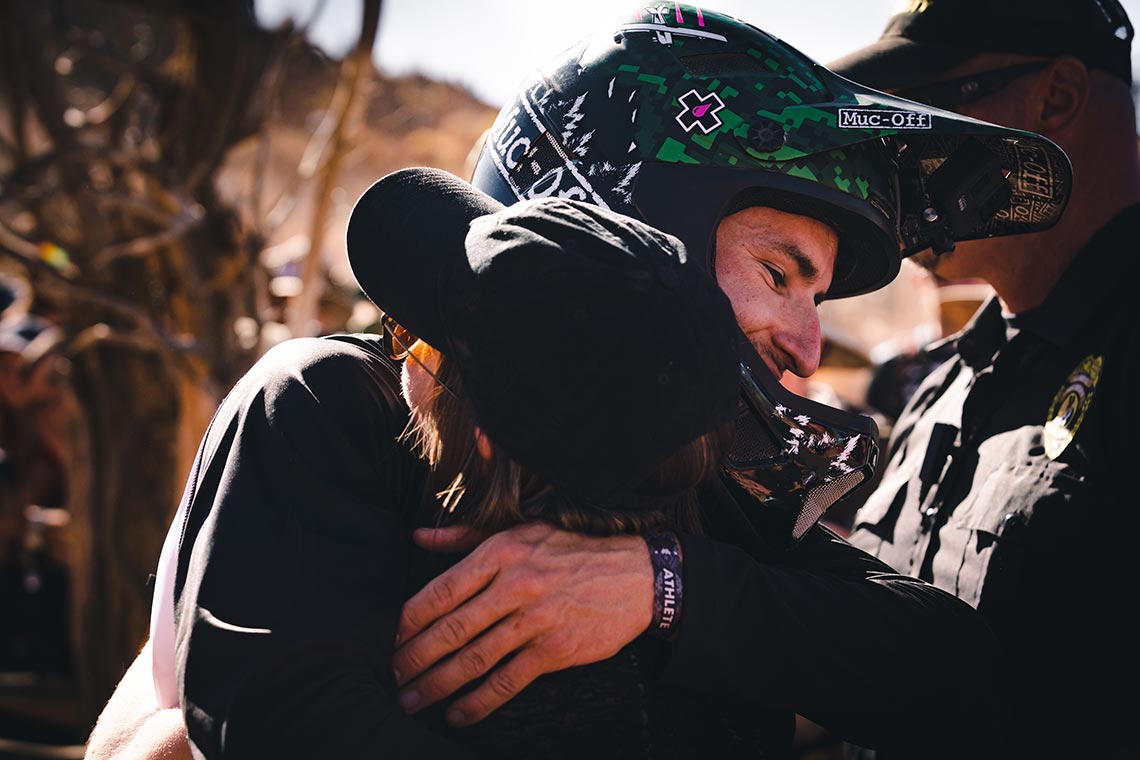 Rampage is different than any other sporting event in the world. You ride the craziest stunts you’ve ever ridden with limited practice, not being on your bike for a week, and absolutely exhausted. This is where experience and trusting your abilities really comes into play. 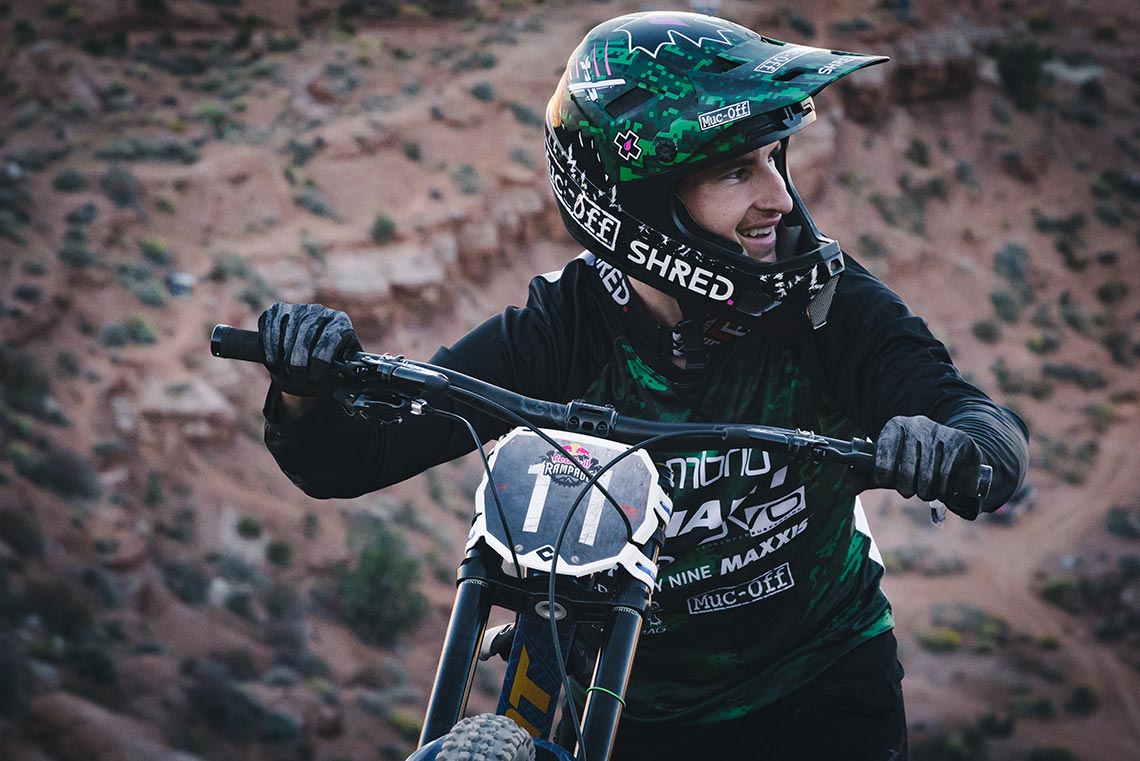 For me, a confidence boost was having my first custom painted bike. I had spent months brainstorming ideas based on my love of flying. After a lot of sketches and help from friends, I sent the ideas to the painter and he ran with it. The bike was amazing—1944 Piper Cub blue prints (my favorite plane), wings, Royal Canadian Air Force logo, and an altitude indicator on the top tube. Bad ass. 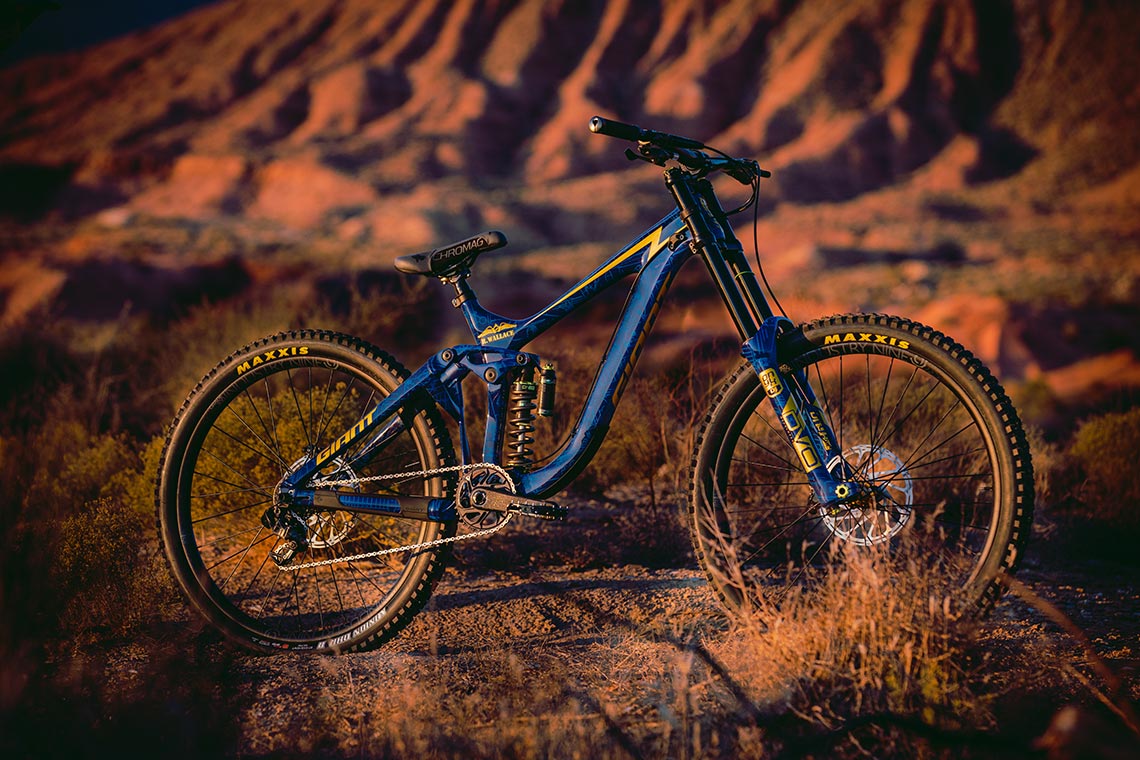 Rampage was an incredible, challenging, and motivating experience. It was challenging to even get an invite, so I was happy to finally compete. That said, not being able to build my dream line left me hungry for more, especially with whispers of a new venue in 2020. I’ll likely be working on another video next year with the aim of competing in Rampage again. 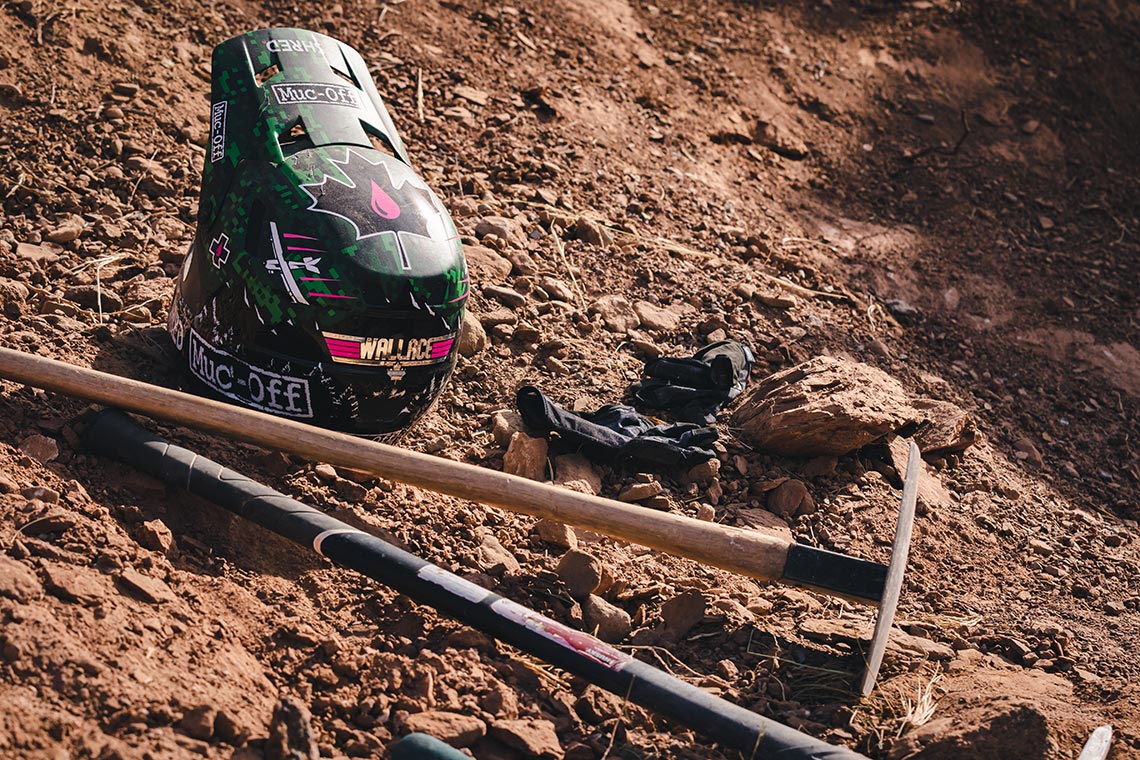